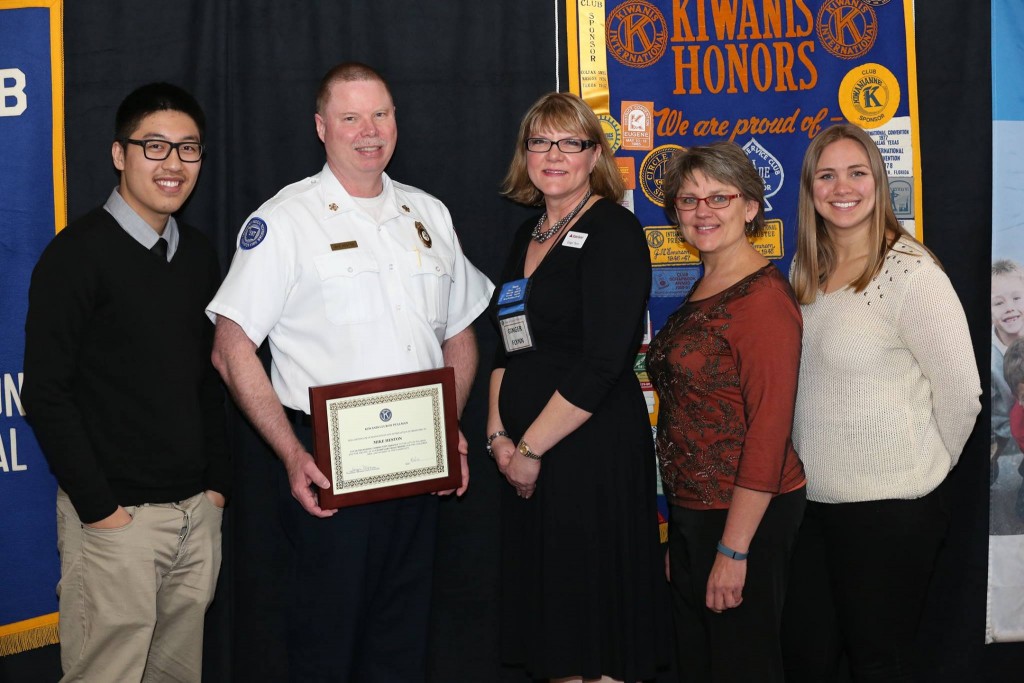 In April 2015, the Kiwanis Club of Pullman established the Kiwanis Community Service Recognition Award to advance and honor community service and volunteerism in the Pullman area.

The club was delighted to present the first award to Mike Heston, Pullman’s Fire Chief, said Ginger Flynn, Kiwanis president. The award was presented at the club’s annual Community Service Celebration on Thursday, April 2, at the Gladish View Room.

Through his career work and community service, Heston is an excellent role model for adults and youth in Pullman, said Larry Clark, past president and chair of the award committee.

Heston is currently serving as a board officer of the Pullman Lions Club and recently served as Lions president. He is on the board of the Whitman County Fire Chiefs Association and his Condo Association. He is also a member of the Inland Northwest Blood Center, Palouse Chapter, and has been active as a leader in Cub Scouts and Boy Scouts.

Professionally, he is a certified instructor in the Incident Command System (ICS) and has taught ICS classes throughout the region. He is also a member of the Spokane Type 3 Incident Management All Hazards state response team.

Mike came to Pullman in 1979 to attend Washington State University. He started his fire service career in Moses Lake in 1981, returning to WSU in 1983 and joining the WSU Fire Department as a student resident. He was hired full-time in 1985. He received bachelor’s [1991] and master’s [1994] degrees in Political Science from WSU. Mike joined the Pullman Fire Department in 1996 as the Assistant Fire Chief of Operations. He was appointed Fire Chief on February 1, 2013.